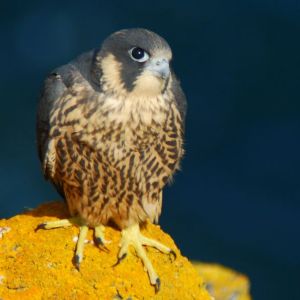 A day off from the rigours of work and a break from the normal interests in our field work. We visited Lethytep Lakeside & Woodland Walks. This 52 acre site is a tranquil wildlife haven now after 20 years of dedicated work.

Owners Philip and Faith Hambly have created a Wildflower Meadow complimented with stunning lakes in this peaceful valley, since their retirement. They farmed the land with sheep and cattle for nearly 50 years previously and Philip described that he had seen the effects that he had seen from use fertilisers, herbicides and pesticides on the local wildlife population. The fields are now in the summer months a mass of native wild flowers, teaming with insects, butterflies and dragonflies. The sound of birdsong accompanies the visitor wherever they may wander around the paths cut between these wild meadows. You could literally spend hours meandering through the fields, taking shelter from the sun on a glorious day in the dappled shade of the wooded areas or sit by the lakes and take in the spectacular views all around. Once the summer open season concludes the meadows are cut and the hay sold off, sheep graze the fields until October when the meadows rest over Winter, until the start of the next season when the growing cycle begins again. 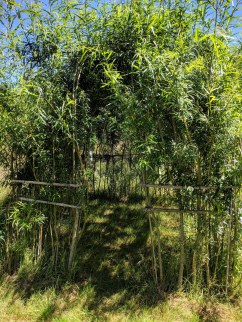 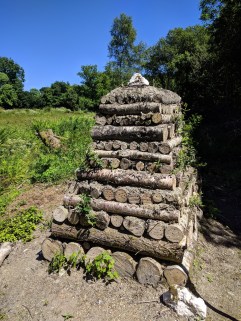 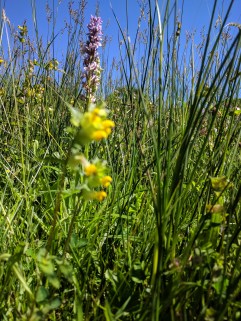 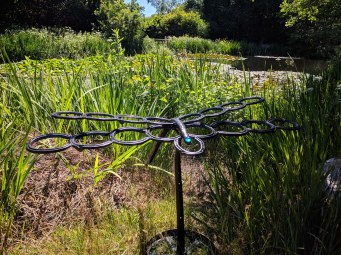 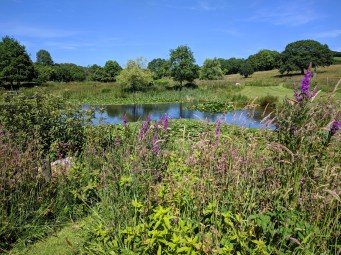 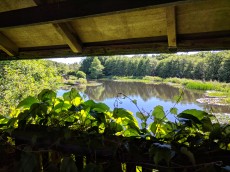 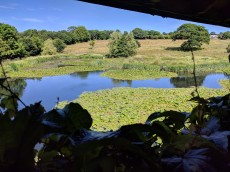 Philips records show 24 butterfly species have been recorded at Lethytep, over 100 bird species seen, various mammals visit this flora rich habitat where over 200 species of plant can be found on this site. A testament to the hard work put in by Philip and Faith and those inspired to lend a hand. You will need to keep an eye out for one of the Public Open days throughout the Summer months, but it really is worth a visit. We saw a Sparrow-hawk carrying prey back to a probable nest in one of the adjacent wooded areas, buzzards circled overhead as we sat by the ponds and Owl boxes have been installed and we are told 3 Tawny pairs are on the site.  Thank you Philip & Faith for allowing us this visit. 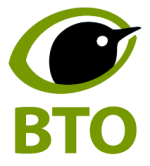